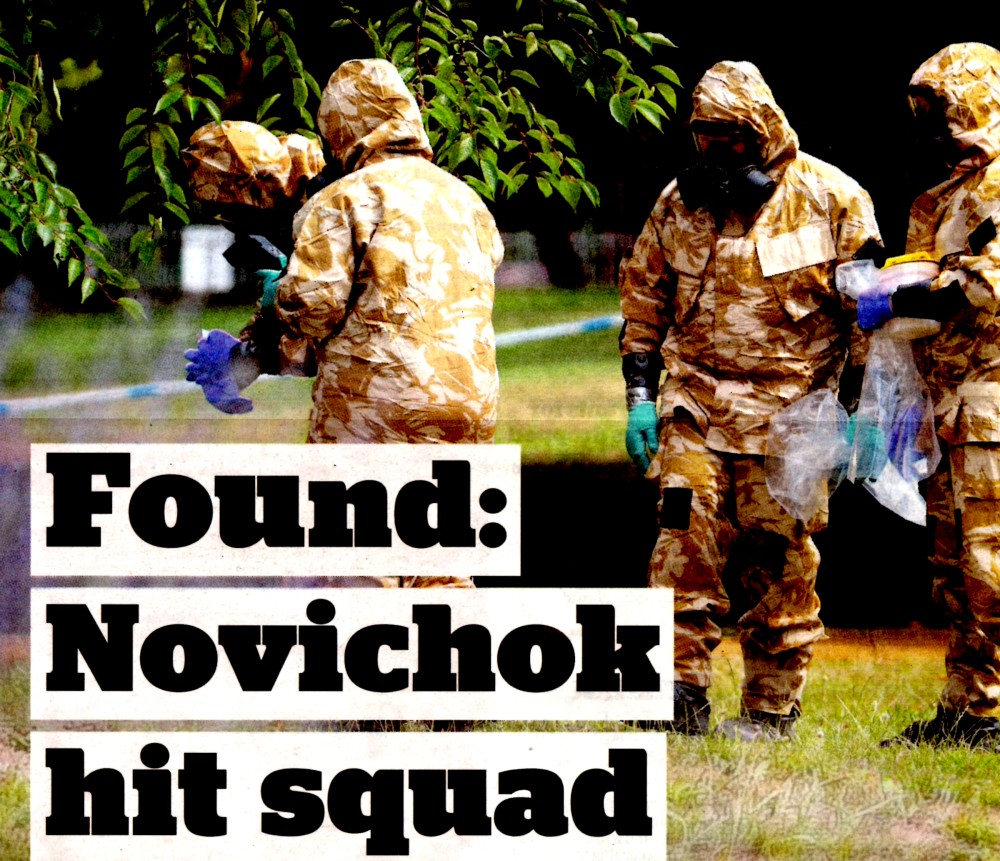 Whoever had the job of giving the cover photo on today’s Independent a bit of ‘extra impact’ either wasn’t paying attention to their work or they ran out of time before print deadline.

As a result, a pic of a man with three heads and possibly four arms illustrated the Indy’s credulous rehash of a lurid, evidence-free Press Association bulletin about a supposed gang of Russian poisoners.

Either that, or the miracle properties of the allegedly massively-deadly-but-rarely-fatal agent purportedly roaming Salisbury in perfume bottles now also include instant mutations. What aren’t we being told?

Of course, the Independent was simply trying to cobble together two or more agency images from Reuters to make the cover punchier by adding the left hand figure – or is it three of them? – to the two on the right. But they cocked it up, leaving two disembodied heads and at least one extraneous pair of gloved hands dangling off the searcher on the left.

It was a very Freudian slip. A terribly-stitched-together image used to illustrate an even ropier official narrative.

Ben, we don’t believe any of it either. And we mean any of it.

Or perhaps the cover cock up was the Independent’s own way of having a sly dig at the improbable opportunists behind the Skripal/Russia narrative.

What do we see over the screamer headline, FOUND: NOVICHOK HIT SQUAD …?

A photo that shows three people looking at … nothing. Merely at the suggestion of a couple of people.

and they all fell to playing the game of catch-as-catch-can till their credibility ran out at the heels of their boots.